It is hard to believe that Pioneer has been creating and manufacturing electronics equipment for 80 years. Founded by Nozomu Matsumoto in 1938, Pioneer started out as a repair shop that specialised in radios and speaker systems. Today, Pioneer is a company that has evolved into a giant electronics power house within the digital entertainment industry. Based out of Tokyo, Japan, Pioneer is a well-known corporation that is famous for producing high quality digital entertainment products. While in the early days, Pioneer participated in helping to create cable television, they evolved into the market of manufacturing CD’s, and car stereo systems as well as DVD systems. Today, Pioneer speakers are a favourite among DJ’s of all types. 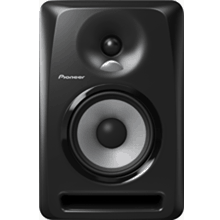 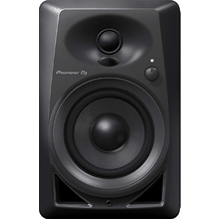 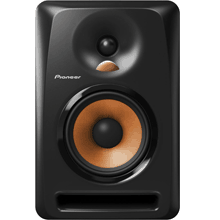 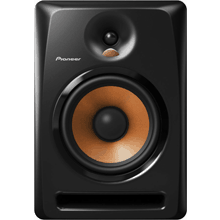 The History Of Pioneer Speakers

The Pioneer Corporation is a Japanese company based out of Tokyo. Most often referred to as Pioneer, the brand is a giant in the digital entertainment industry. Their products are known to be some of the best on the market and they have quite a contingent of loyal consumers as a fan base.

Established in 1938 by Nozomu Matsumoto, the company was primarily a radio and speaker repair shop. Over the years Pioneer has been able to develop products that have made them a global leader in digital entertainment. Today, Pioneer is involved in the engineering, production, and manufacturing of products such as but not limited to speakers, DVD players, plasma televisions, and car audio equipment.

Pioneer has been very much like their namesake throughout their history. They have been pioneers in the digital entertainment industry and have created many products that are the first of their kind. In fact, in 1962, the company introduced the world’s first fully functional individual stereo system. By 1975, Pioneer had introduced the first compact car stereo system to the world. Over the years, Pioneer has continued to release products before other brands making them innovative and a leader in the industry.

Many do not realize that another well-known brand, Sharp Corporation has a small stake in the Pioneer brand as of 2007. In fact, Sharp Corporation is the largest shareholder amongst the Pioneer Corporation. Honda Motor Company is also a well-known owner of Pioneer shares. Because of Pioneer’s ability to create and manufacture outstanding speakers and other digital entertainment products, they have been able to strike up great business partnerships with other big-name brands such as Honda and Sharp. The reason that this is important is because the companies work together to strengthen each other and use one another’s products. For example, in some Honda cars, it is not uncommon to find Pioneer speakers.

Pioneer continues to evolve and has made big moves within the past decade to help them position themselves as a lifelong leader in the digital entertainment industry. Based on sales and their success, Pioneer sold their DJ equipment business in 2015 to KKR. This sale resulted in a separate company launching into what is now called Pioneer DJ. This company is separate from Pioneer and is well known in the DJ industry for being an innovative leader in DJ equipment. This brand sells all types of DJ equipment from mixers, and controllers to some of the best monitor speakers that money can buy. True to form, the Pioneer DJ brand launched a new product in January of 2017 called the Toraiz AS1. The Toraiz AS1 is an analogue monophonic synthesiser which was launched with outstanding reviews and high expectations. Upon launch, the software needed a patch which has since been created.

Established as a small radio and speaker shop in the early 1930s, Pioneer has catapulted into an industry giant, creating supreme products that intrigue everyone in the digital entertainment industry. The beauty of their products is not that they are hi tech while being useable to a wide variety of constituents at the same time.

What Types Of DJ Speakers Do Pioneer Produce?

Now that Pioneer has an offshoot company specifically dedicated to creating projects for DJ’s, their products are even more coveted than they were in the past. Perhaps the main reason for this is that Pioneer DJ has engineers and other staff dedicated to the design, creation, and production of the latest and greatest products for DJ’s. Amongst some of the greatest products on the market right now are Pioneer’s studio monitor speakers and powered PA speakers. This article will explain in greater detail what makes Pioneer monitor and PA speakers the best in show and well worth the investment.

When you buy Pioneer, you can expect greatness. With a variety of monitor speakers to choose from, Pioneer offers something for everyone. Their RM line of studio monitors offer built-in HD coaxial drivers and range in size from 5 inches to 8 inches. They are the perfect solution for professional producers as they offer high SPL and neutral sound across frequencies.

The Bulit 5 or 6 line of speakers are unique in that they are 5 or 6 inches respectively. They offer high calibre sound quality and are designed to provide great audio feedback which is perfect when you are practicing, producing or creating new tracks. It is important to note that these speakers are offered in several models, each with varying sizes. They offer the highest in sound accuracy on the market.

The SD-J reference speaker line offers several options depending on size. These speakers are sold individually and are specifically designed to provide DJs with great flexibility and neutral sound quality. The built in EQ allows you to fine tune the track as needed.

Finally, the DM line of monitor speakers offer versatile sound. You can purchase them in a desktop size making them more convenient for use in a smaller studio. These speakers are great if you want to provide high quality sound to your home or studio.

Pioneer is well known for producing superb PA speakers that offer a range between 10 and 15 inches in size. These speakers are portable and easy to manoeuvre because they are compact. The beauty of purchasing a set of PA speakers by Pioneer is that they are not clumsy to set up. They are quite easy and in fact, are so straightforward that they are easy to plug in and play. You can count on these speakers being energy efficient as well as portable because Pioneer has used their Pro Audio sound engineering technology and Powersoft amps to create speakers that are useful and friendly to the environment. Other notable features are that Pioneer PA Speakers offer a full range of natural sound and are housed in a classy and professional-looking cabinet. It is important to note that these speakers are sold as individual components.

Buying speakers can be a challenge but it doesn’t have to be. When you purchase DJ speakers from the Pioneer brand, you know that you are receiving quality for the money you spent. No matter the size or line of speaker that you choose to purchase, you can count on impeccable sound quality and precision.

If you aren’t sure which brand of speaker you want to purchase then you may be interested in checking out the other speaker brands we reviewed here https://bestdjstuff.com/dj-speakers/powered-pa/

What You Can Expect When Buying Pioneer Speakers

Branding a company is big business as it can mean the make or break of your business. Branding is much more than a logo or a product name. It is how you feel about the product, customer service, and your overall attitude for the company. In fact, one can go so far as saying that a brand helps to create a reputation for a company and can take on a life of its own if not directed appropriately. The reason that this is so important to discuss when it comes to DJ speakers is because Pioneer is a brand that does not showcase a fancy logo. However, they have been in the business for decades and have always been considered a force to be reckoned with when it comes to DJ equipment. So, how did the Pioneer brand get to where they are today in regard to popularity amongst consumers? This article will explain in detail what you can expect when buying Pioneer speakers.

Whether you live in North America, Europe, or Africa, there is most likely an authorized service centre in your local area. This is convenient when you are experiencing a problem with your equipment as you won’t have to ship it via mail to a facility where it can be fixed. Taking your equipment to a local service centre is not only convenient but will save you time and money in getting your speakers repaired.

Pioneer offers consumers the ability to register their products with them. This will ensure that you have the latest updates on software, product recalls, or maintenance information. Setting up a Pioneer DJ account is a great way to stay connected and to ensure that you get the most out of your equipment.

It is no surprise that Pioneer allows you to download software updates to your equipment via the internet. Most companies are moving much of their customer service components to online mechanisms as it is easier for the consumer to access and it is less expensive for the company than having to staff call centres to handle minor issues such as software updates. When you purchase a Pioneer product, you can be confident that you will have access to information and software updates 24 hours a day, 7 days a week, 365 days a year.

Online software updates are convenient and easy for the consumer to access at any time that they see fit. The same goes for Pioneer equipment manuals; they are also available online. In addition to manuals, you can find helpful tutorials, extra software, and other documents that may be helpful to you.

If being a member of a community is of importance to you, Pioneer offers a vast forum platform that encompasses DJ products, news, FAQ’s, Knowledge Base, and Support Contacts all in one place.

It is no surprise that Pioneer has been a leader in the industry since the early 1930s. Based on unparalleled product excellence, the best technology, and great customer service, it is no wonder that consumers have invested in Pioneer for decades. Created by the smartest and brightest engineers in the industry and made with the finest quality components, you can count on your Pioneer products to be around for the long haul. You are truly getting what you are paying for when you purchase with Pioneer.