Mackie Designs, also known as Mackie is a company that designs and manufactures electronics equipment at an affordable price point. Founded by Greg Mackie in Seattle in the late 1980s, Mackie has evolved and is now a brand under the LOUD Technologies umbrella. Mackie is a brand name that is used to market professional music and recording equipment to the masses. Some items in their repertoire include but are not limited to mixing consoles, speakers, studio monitors, and digital recording equipment. Mackie speakers are a favourite among those who are looking to invest in quality equipment without breaking the bank. 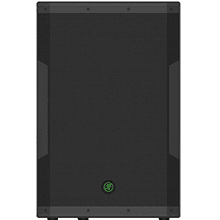 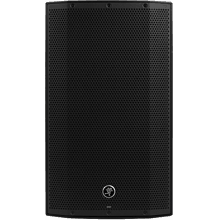 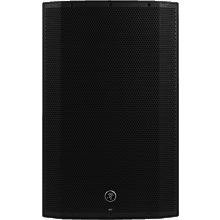 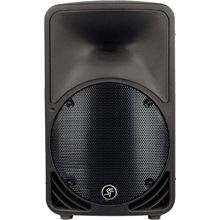 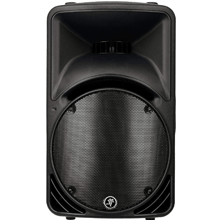 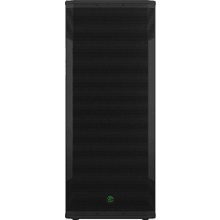 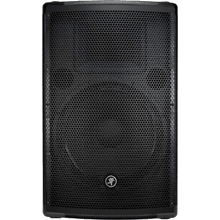 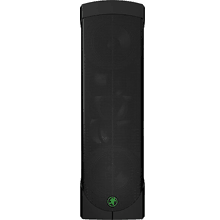 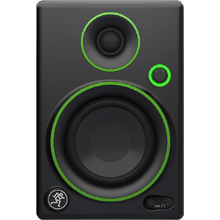 The History Of Mackie Speakers

Founded by Greg Mackie in Woodinville, Washington, Mackie Designs began as a company that designed and manufactured affordable compact audio mixers. Now a brand of LOUD Technologies, Mackie has had a colourful history when it comes to making professional music equipment such as but not limited to loudspeakers, studio monitors, mixing consoles, and equipment for digital recording. To understand the ways that the Mackie brand has influenced the music industry over the years, this article will examine the history that has led the brand to being a member of LOUD Technologies today.

In the beginning, Mackie Designs was housed in Woodinville, Washington where Greg Mackie made equipment for fun. Greg Mackie had worked for Boeing but began making guitar amps and other audio gear in his free time. Before founding Mackie Designs in 1988, Mackie created a line of mixer products under the name of TAPCO. The reason that he did this is because Mackie felt that there was a large market that was not being tapped. The target market he was referring to was the market that focused on mid-priced products that were affordable to the average person.

Mackie’s philosophy was that he wanted to create products that were simple, affordable, and offered a rugged design. The purpose of this was that the products would be long-lasting and would appeal to a variety of consumers regardless of their level of experience in the music industry.

The first product created by Mackie Designs was the LM-1602 which was priced at $399. The LM-1602 was an instant success and was highly coveted by musicians, houses of worship, schools, and recording studios. By the early 1990s, Mackie Designs moved into a factory and soon after released the CR-1604 which was a follow up to the LM-1602 model. Due to their success, Mackie Designs had to relocate yet again in 1994 to a bigger location in order to expand their factory to 30,000 square feet. In 1995, they yet again expanded to 90,000 square feet. In 1996, Mackie added another experienced designer, Cal Perkins to his team. Adding Carl to the team allowed for the company to begin to manufacture power amps, powered mixers, and active studio monitors.

Mackie decided to sell his stake in the company in January of 2003. In addition, he stepped down as the chairman of the company after sales began to slow down and debt beginning to rise. The company was beginning to lose millions of dollars due to the economic recession. In 2006, Mackie Designs changed their name to LOUD Technolgies Inc. following 65% of the company stock being sold off to Sun Capital Partners Inc.

What Types Of DJ Speakers Do Mackie Produce?

There are a variety of ways to make your mark on the music industry. Whether you are new to the industry or you have experience, Mackie Designs has been appealing to the masses due to their great quality and powerful products. In fact, Mackie Designs has been a company known for creating great quality products for an affordable price since the late 1980s. Today, Mackie is known as LOUD Technologies and the reputation of creating reliable and efficient products still holds true today. This article will describe in more detail the types of DJ speakers that the Mackie company produces for the mass market.

Mackie has been known to create great loudspeakers for decades. The new Thump series offers powered loudspeakers at an affordable price. Boasting 1000+ watts of power, you do not have to worry about your output. In addition, this line of loudspeakers is lightweight and can be transported to various places. The built-in 3 band equalizer is a great feature as well. You can see how the mackie Thump 15 compared to our hottest picks from this years best powered PA DJ speakers https://bestdjstuff.com/dj-speakers/powered-pa/

One of the most notable Mackie studio monitor product lines on the market, the HRmk2 monitors are built upon the classic HR version with better quality and the newest technology. Offering a passive radiator design, the studio monitors provide bass that is tight and free of annoying distortions. This product also disperses the frequencies well and has a great depth. This ensures that your mix is heard in a great zone.

The CR3 cannot go without a mention. One of our favorite studio monitors, the CR3 is a masterpiece in design and has proven to be very popular with DJ’s. We compare the speakers against 14 of the best studio monitors of this year over at this page.

Some DJ’s prefer to use a portable PA speaker system over loudspeakers or studio monitors. The reason for this is that PA speakers are portable and easy to transport from gig to gig. They are also easier set up over other options. Mackie sells two series of PA speakers; Reach and FreePlay.

Reach. This line of PA speakers is considered to be an all-on-one professional system that offers clear sound to the audience while offering flexible built-in stage monitoring that helps ensure that the DJ has a great set. These PA speakers offer a built-in 6 channel digital mixer, wireless streaming, and utilizes the Mackie Connect app.

FreePlay. This line of PA speakers is considered to be the ultimate in portable, battery-powered PA systems that can perform anywhere. This product line offers Bluetooth technology that

allows you to use any device to connect to the PA system. You can use your phone, mics, guitars, and many other items. Whether you are a professional DJ or enjoy DJing as a hobby, the FreePlay line of products is versatile and useful. It too is compatible with the Mackie Connect app.

Mackie is a brand that has been in the business for decades because they offer high quality products at a reasonable price point. Mackie gives consumers the opportunity to purchase equipment that can showcase their talents without going broke. The next time you are in the market for a great set of DJ speakers, consider checking out Mackie Designs or LOUD Technologies for some high quality products at a great price.

What You Can Expect When Buying Mackie Speakers

When you invest in a pair of speakers, it is important to conduct a level of research on the product as well as the company profile. The reason for this is that it is a good way to learn about the company and the quality of the products before giving them a try. Doing your research up front can help you avoid having to deal with a product that does not perform in the manner that you had hoped and then having to deal with poor customer service after the fact. This article will serve as a resource for anyone who is interested in purchasing a Mackie Designs product and wants to learn more about what to expect when investing in their products.

Mackie is proud to offer a vast line of equipment for anyone in the music industry. Whether you are interested in purchasing a mixer, PA speaker system, loudspeaker, or studio monitor speakers, the Mackie line has something that is right for you. With over several decades of experience, Mackie Designs has a reputation for producing quality at a reasonable price point.

In addition to high quality products, Mackie has a number of programs that will help you if your equipment is faulty or experiencing problems. It is important to keep tabs on your equipment maintenance as Mackie has a strict warranty program. You will need to keep your original receipt in order to receive warranty service.

Mackie Designs offers customers the opportunity to register their products on a special platform called “My Mackie” that is specific just to the Mackie Brand. With this program, you can receive updates on your equipment, easily contact support, and manage your licenses all in one place. The platform is easy to use.

If you suspect that your product is broken, or you are interested in learning about new product solutions, Mackie offers great customer service from a knowledgeable staff. It is important to note that discontinued products are not supported by Mackie’s support system. This is something to consider if you plan to purchase a product that is no longer in production in an effort to save some money.

If you are concerned that your equipment is faulty or broken, you will want to explore Mackie’s warranty program. Mackie does offer a limited product warranty as well as a 90 day no fault warranty on discontinued products. In order to take advantage of a repair under warranty, you will need to contact customer support and obtain a service request number. It is also important to provide the original receipt for proof that your product is still under warranty.

Should you prefer to take your equipment to a local service provider, Mackie has partnered with a variety of service centres around the country who have been trained and authorized to fix their products. If your product is no longer under warranty, you can take your product directly to the service centre without calling customer service first.

Mackie Designs is a well-known company within the music industry that has a reputation for creating and manufacturing high quality products at an affordable price. The focus on their company is to offer great products to customers that will not break the bank. When you purchase a Mackie product, you can expect great performance, a reasonable warranty program and good customer service.