JBL was founded in the late 1920s in Los Angeles, California by James Bullough Lansing. JBL is an American company that is well known for manufacturing superb electronics. Mostly recognized for their audio equipment that targets the “at home” market, JBL has also been able to break into producing equipment for professional studios. Due to their ability to produce high quality products, JBL is now one of the well-known name brands for those interested in installed sound, cinemas, tour sound, and portable production equipment. If you have ever been to the movies or to a concert, chances are that you have been able to enjoy the show due in part to JBL equipment. JBL speakers are a favourite among DJ’s, musicians, and the like. 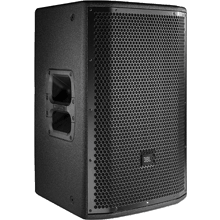 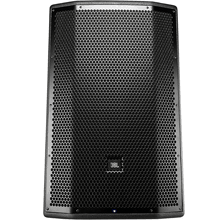 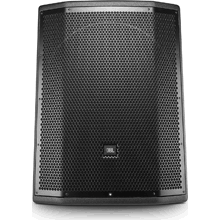 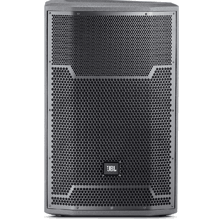 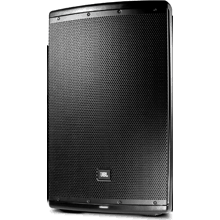 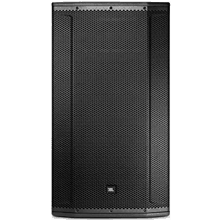 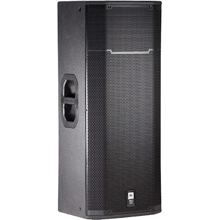 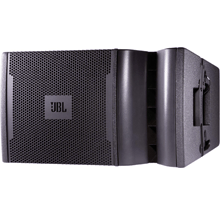 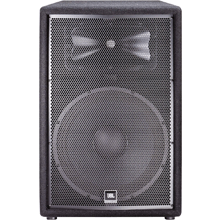 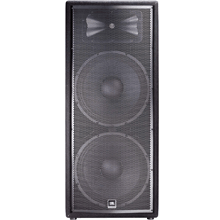 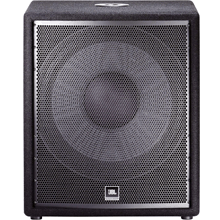 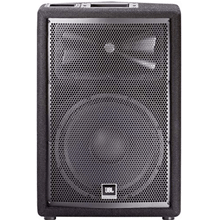 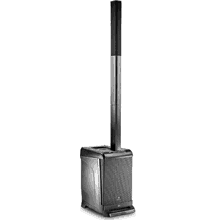 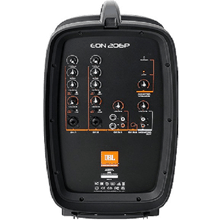 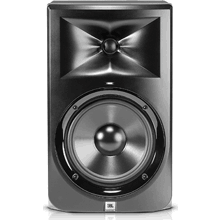 The History Of JBL Speakers

JBL was formed by James Bullough Lansing who was an American audio engineer who was known for creating and designing great loudspeakers. An American company, it has been able to withstand many trials and tribulations over its lifetime. Today, JBL operates with two divisions that are independent of one another. They are JBL Consumer which is responsible for producing consumer level audio equipment that is perfect for home use. JBL Professional, however, is in the market of producing high end, professional equipment that is used in the studio, cinemas, and by musicians on tour. While JBL was founded by James Bullough Lansing, the company is now owned by Samsung Electronics from South Korea. Nonetheless, there is a great history of JBL speaker products which you will learn in this article.

James Bullough Lansing and his business partner and friend, Ken Decker began the JBL company in 1927 in Los Angeles, California. At the time, they specialized in creating and manufacturing 6 inch and 8-inch speaker drivers that were used in radios. At that time, the company was known as Lansing Manufacturing Company. Between the two businessmen, they were able to make the company profitable until tragedy struck. In 1939, Ken Decker was killed in an airplane crash leaving the company to have financial problems without his fiscal guidance. It was because of this that the company was purchased by Altec Services Corporation in 1941. Lansing worked for Altec for 5 years before leaving to create his own company once again, James B. Lansing Sound.

After several years of hard work, JBL produced their first product in 1946. The product was the model D101 loudspeaker that was 15 inches. In addition, the D175 offered a high-frequency driver and was a staple product for decades. It is interesting to note that both products were almost complete replicas of products produced by Altec Lansing. JBL’s first completely original product was the D130, 15inch transducer that was so popular that it stayed in production for over half a century.

As time went on, JBL was able to make political moves that kept him in business. He was known as a great audio engineer but a poor businessman at best. It was because of a partnership that Marquardt Corporation allowed JBL some manufacturing space and eventually took over the operations of JBL in 1948. A year later, the company was purchased by General Tire Company who had no interest in the manufacturing of loudspeakers and thus the business was no longer. One thing was for certain. James Bullough Lansing was not about to give up and he created James B. Lansing, Incorporated and moved the company to Los Angeles.

Over the next several decades, JBL continued to navigate through challenging times by making partnerships with manufacturing companies along the way which helped them to stay in business. The JBL brand became a household name in the 1970s and by 1977 it was common that recording studios used JBL brand monitors. In addition to being popular within homes and recording studios, JBL also began to manufacture ceramic magnet woofers, midrange drivers, and resin tweeters in the 1970s. The 1970s were a profitable decade for JBL.

Today, JBL is known for producing great speakers that are used by consumers at home and in their cars. DJ’s, music producers, and others also prefer JBL products for professional use.

What Types Of DJ Speakers Do JBL Produce?

You have probably heard the phrase, “The bigger, the better.” While this may be the case when it comes to ice cream cones or other things in life, it is not necessarily true when it comes to speakers. Speakers come in all shapes and sizes and can vary greatly in their ability to perform. This article will highlight some of the most common sizes and types of JBL speakers that may fit well with your DJ setup.

If you have a desire to own the most advanced active speaker on the market today, the JBL PRX800 series is one to consider. You will have control over tuning with the Wi-Fi capabilities in addition to using the free PRX Connect App. Created with DJ’s in mind, this speaker system consists of a 1500-Watt Class D amplifier and uses the patented JBL Differential Drive which is housed in a sleek wood cabinet, making these speakers simply amazing. If you are interested in other powered PA speaker brands then you may want to head over to this page http://bestdjstuff.com/dj-speakers/powered-pa/ where we review the best products of this year.

One of the best DJ speakers on the market today is the unpowered, JBL JRX215. This speaker is well known for quality and being reliable whenever you need it to perform. This speaker is passive (like the ones here https://bestdjstuff.com/dj-speakers/passive-pa/) and has a maximum power of 1000W. If you have a desire to create a PA system, use 2 of these with a power amplifier and you will be able to entertain a crowd of over 200 people without a problem.

If you are always on the go and find yourself dreading the setup of your next gig, it may be worthwhile to invest in a high quality portable PA system such as the JBL EON208P. This all in one system comes with an 8-channel mixer and Bluetooth technology. This system has everything you need combined in one unit with a handle which makes it easy to carry from gig to gig. Perfect for playing at a wedding reception or a large church gathering, this JBL PA system is a good choice.

Not typically used for large DJ gigs, JBL does produce and manufacture a portable Bluetooth speaker that offers great quality for small gatherings. If you plan to play for a small group of people at a house party, using a portable Bluetooth speaker such as the JBL Boombox. This powerful box is waterproof and can be used all day long without having to be recharged. Look into this speaker system when you are playing at a friend’s pool party or getting together to celebrate a family member’s birthday.

There is a wide array of studio monitors available within the JBL manufacturing house making it easy for anyone to own a piece of their equipment. Whether you are just starting out in your DJ career and can only afford the JBL 305P MKII 2-way studio monitor for $150 or you have been in the business for some time and can afford the JBL 708P 8″ Bi-amplified Master Reference Monitor for $2000, JBL studio monitors are reliable and have a great reputation amongst professionals.

What You Can Expect When Buying JBL Speakers

When you are a DJ it is critical that you own a good set of speakers, otherwise your music cannot be enjoyed by your fans. JBL speakers have remained among the best for decades which means that you can expect a superb performance during every use. When you purchase a JBL product, you can rest assured that you are not buying a piece of junk. With over 70 years of experience in the music industry, JBP speakers have a reputation for being outstanding and well worth the investment. The JBL brand is known to make a great product which is one of the reasons that their products are considered to be some of the most coveted in the marketplace today. This article will highlight what you can expect when you invest in JBL speakers.

It is no secret that JBL has been producing and manufacturing a variety of sound equipment that is highly popular among the masses. Known for precise and flawless sound, JBL speakers can be found in the top clubs around the world, movie theatres’, recording studios, and in live-music venues. JBL speakers are great for those who are willing to invest in high quality sound for the personal and professional reasons.

JBL stands by their products and they want to be able to help you should you have a situation where your product is not working property or is malfunctioning. It is important to note that while JBL customer service is highly reputable, they are unable to assist you with a problem if your speakers turn out to be counterfeit. However, if you purchased your speakers from an authorized dealer, JBL will work with you to remedy the problem you are experiencing.

Most JBL products will offer a level of protection in the form of a warranty if you purchase their products from an authorized dealer. When in doubt, make sure to purchase authentic merchandise and submit all of the proper paperwork to JBL manufacturing so that your equipment will be registered to you and be in the warranty database should you need to replace or repair something.

When you purchase JBL speakers, you are now joining a community of like-minded individuals who not only value creative expression through music, but also appreciate people who also prefer to use JBL products to advance their career.

Due to the increase in popularity, JBL speakers have begun to be copied and sold for cheap in various markets. Marketed as JBL products, many consumers are getting slighted by unknowingly purchasing counterfeit products. Counterfeit products are not made to the high-quality standards set forth by JBL and will then not perform as well. When you purchase JBL speakers, be sure to do so from an authorized dealer such as Amazon or local music shops. This way you can make sure to invest in the true product that has been examined and tested to produce the JBL quality that you expect.

JBL speakers have been on the market for decades and are consistently one of the better brands available on the market. Whether you are interested in using JBL speakers at home, in your car, or for professional purposes, you can count on them to be of high quality and withstand the test of time. While JBL may have gone through several transitions over their lifetime, they continue to create and manufacture high quality speakers, subwoofers, monitors, and other equipment used by consumers and professionals alike.