Behringer was founded by Uli Behringer in 1989 in Germany. Behringer’s goal was to manufacturer great equipment that would appeal to those interested in music. Now, owned by the Music Group which is a holding company that is chaired by Behringer himself, Behringer is one of the leading manufacturers of professional speaker systems and consistently produced some of the best DJ speakers on the market. Behringer speakers are well known and have a reputation of being able to withstand the test of time and are of high quality. Mostly sold at speciality shops, Behringer is a good choice if you are hoping to invest in a set of speakers that you can count on. 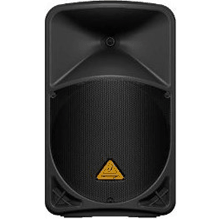 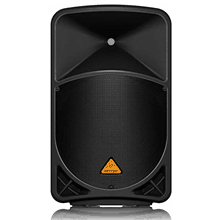 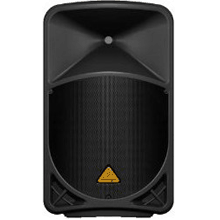 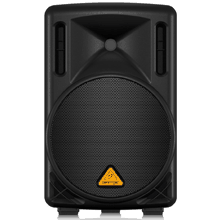 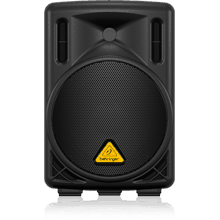 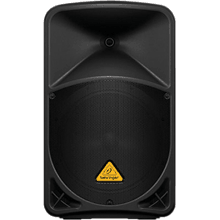 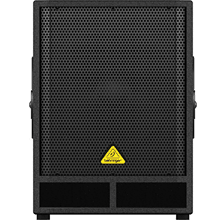 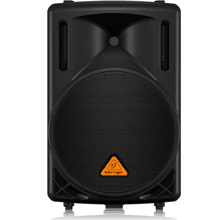 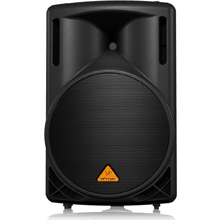 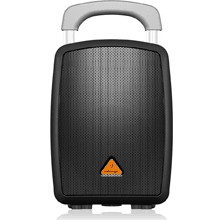 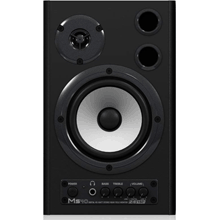 The History of Behringer Speakers

Founded by Uli Behringer in 1989 in Germany, this audio equipment company has reached international stardom after years of hard work. They are well known for creating high quality products making them amongst the top audio equipment manufacturer’s in the industry. Today, Behringer consists of multiple companies that work together via a direct marketing plan to reach a client base within 10 countries. While this seems like a small network, their sales come from over 130 countries worldwide. Products were originally manufactured in Germany but have since moved their production to China.

Today, the company is owned by Music Group which is a holding company that is chaired by Uli Behringer. This holding company also owns Midas, Klark Teknik, and Bugera which are also successful audio companies in the industry. In addition, the electronics manufacturing services company, Eurotec is also owned by the Music Group holding company. Due to their success, the group also acquired Turbosound in 2012. Turbosound designs and manufactures professional loudspeakers and is recognized by the name and brand of Harman. To fully understand the growth and success of the Behringer brand, we will need to explore the historical landscape of the brand.

While studying sound engineering and classical piano in college Uli Behringer felt that the school did not provide adequate equipment for student use. Because of this, Behringer began to build his own equipment. It did not take long before his classmates began requesting equipment as well. Behringer was unable to keep up with the steady stream of orders that he was receiving which prompted him to create a company, Behringer Inc. During this time period, Behringer focused on making studio audio processors such as but not limited to noise reduction systems. It did not take long before this product line evolved into guitar amps, PA amplifiers, loudspeakers, mixing boards, microphones, digital pianos, guitars, and lighting equipment. People flocked to the products because of their high performance and low price.

It was at this time that Behringer products were manufactured in Willich, Germany. To be completely transparent, it was quite common for Behringer to seek individual components from mainland China which helped lower his costs. It did not take long before Behringer moved the manufacturing to China due to the lower costs in production. This change took place in the early 1990s with Behringer moving to Hong Kong in the late 1990s so that he could better understand the Chinese culture and oversee the production of his products.

In 2002, Behringer created Behringer City in China which is a large factory where his products are made. This plant is remarkable in that they produce over 50,000 mixers per month with a 0.1% failure rate. This margin of error is unthinkable as the plan is virtually perfect at what they create for consumers. One might ask how a company so large can produce a mass number of products with very little error.

What Types Of DJ Speakers Do Behringer Produce?

As a manufacturing giant, Behringer produces a mass number of products per annum. Mixers, speakers, subwoofers, PA systems among other audio equipment are manufactured out of a large factory in China known as “Behringer City.” It is because of this large facility and the constant training that Behringer employees receive, that the products produced there are near perfect in operation and quality performance. As Behringer is a massive producer of audio equipment, in this article we will focus on some of their best products; speakers.

Behringer produces the highest quality speakers on the market. When you purchase a Behringer speaker, you can rest assured that your money is being invested in a good piece of equipment that you will have for a long period of time. Some of their most popular powered PA speakers are members of the EuroLive line. The B208D model boasts 200 watts of 2-way sound that is great for live or playback. This speaker is compact and lightweight while offering great sound pressure and extreme sound levels. Another highlight is that this speaker provides a great deal of bass and acoustic power as it has an 8′ long-excursion driver.

Whether you are looking for passive or active speakers, Behringer has several models to consider. Another great reason to consider purchasing Behringer products is that these speakers range in price making them accessible to people of varying budgets. You can also purchase a portable PA system or one that is stationary. Here are a variety of PA systems to consider when looking at a Behringer. The EuroLive B215D Active PA Speaker System is perfect for those who are looking for a speaker system that is powerful as well as made of professional grade. These speakers offer Class D amplifiers that help make the 15″ speakers sound clear and crisp. This model is perfect for DJ’s and musicians who travel often.

Whether you are looking for an active or passive set of speakers or a PA system, Behringer has a variety of models to choose from depending on your budget and needs. In addition, Behringer offers products such as mixers, subwoofers, and accessory products as well. Behringer makes it easy to invest in high quality audio equipment that you can be confident in for a long period of time.

If you are in the market for a state of the art speaker system, consider the Behringer B215XL. This passive speaker 1,000 watts of peak performance, a 15″ woofer, and a titanium diaphragm compression driver. Another great highlight is this speaker is lightweight and portable. It is important to note that if you are interested in a smaller version of this speaker, you can also consider the 12″ model.

If you are looking for speakers that are easily portable then the Behringer EuroLive B207MP3 offers a 6.5″ speaker with built in MP3 player which can play songs via a USB drive. This speaker is perfect for those who want to play smaller gigs and don’t need to project sound at great distance.

The EUROPORT MPA40BT-PRO is another solid portable PA speaker from the range that also comes with an MP3 player as well as iPhone connectivity via bluetooth. The 40 watts of power isn’t a huge amount but it’s enough. The best feature has to be the wheels and sliding handle which result in this speaker being extremely easy to move from location to location, we only wish more speakers like this boasted this feature.

What You Can Expect When Buying Behringer Speakers

Choosing an audio equipment brand can be a challenge as there are so many to choose from. Variety can be both a blessing and a curse as it gives you much to think about before making a decision. When choosing an audio equipment company, you are likely thinking about purchasing a high-quality product that will last a long time. Other things that are important to consider include product warranty, customer service, quality, and the likelihood of longevity. This article will highlight some of the things that you can expect when purchasing a Behringer product.

In this day and age, part of what can make or break a customer’s experience with a brand is the level of information that is provided on a company website. This may seem trivial but it is imperative to a company’s success. Now more than ever, people are using mobile devices to conduct business, learn about products, shop, and engaging in social interactions with others through various platforms. Behringer’s website is a one-stop-shop for all that you need to know about their products. Should you want to learn more about a product, you can view user manuals. Perhaps you have an interest in finding spare parts or even a local service technician; you can find this information on the website. Finally, it is important to note that Behringer’s website also has a platform for downloading free software programs such as Audio, Instruments, Effects, Hosts and Drivers.

Behringer values their customers and takes the production seriously when building their products. In fact, Behringer considers quality and perfection a company value, making it a goal that the entire company works hard to achieve. Behringer is constantly encouraging staff members to receive training and additional knowledge on products so that they can then help customers understand how to get the best experience out of their purchase. Because Behringer is so serious about education and quality, customer service is provided in a professional and succinct manner.

As mentioned before, Behringer offers extensive training for employees and staff members through online coursework called Behringer University. It is because of the constant training and influence to help employees strive to be better every day that the Behringer products are of the greatest in the industry. High quality products lead to happy, return customers.

Found on their website, each product is provided with a level of warranty. Behringer stands behind their products and believes that they are the best that money can buy. In fact, they produce a mass quantity of speakers per year and their error rate is miniscule, making them one of the best in the industry. To find out what kind of warranty that is offered for a product, visit the Behringer website and select the make and model of the item you are interested in learning more about. It is here that you can learn more specifics about the warranty and what needs to be done in order to take advantage of using the warranty.

Behringer is unique audio equipment company in that they value their employees, the products that they produce, and the customer base that they have created over the years. Behringer shows appreciation to others through education. It is because they value their employees and provide them with continuous training and education that Behringer products are made perfect. When you purchase a Behringer speaker, you can rest assured that your money was well spent, that you will have the speaker for years to come, and that you will be protected by a great customer service team and warranty should the product becomes dysfunctional. After all, a confident customer is quite a valuable asset.